Blogging today about my favorite storytime so far this summer! I love school visit and summer camp season. I got to lead this storytime with my buddy Tanya for a mixed age summer camp group containing kindergartners up to fifth graders. We had a blast! 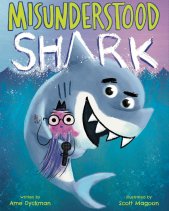 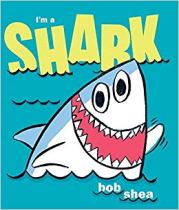 I started in my usual way with group visits: sorting Library vs. Non Library stuff. The kids love yelling “no” to all the silly stuff that doesn’t belong, plus this activity gives me the chance to incorporate some booktalking about the graphic novels and chapter books. The kids were very excited to learn they could check out robots at the library and surprised that many of our libraries also have cafes where you can buy food… what do you mean something’s wrong with my apple? 🙂

Why that reminds me of a song I know about a worm named Herman! This time Herman ate an apple, a banana, somewhere between 10-18 apples, and a baby plus another baby before burping everyone out and returning to normal size.

Many thanks to Jbrary for putting me onto this song years ago – it’s always a huge hit with the school-agers!

Did you know worms make great fishing bait? Our first book today is about some fish who love to eat worms… actually, they love to eat all meat!

If you haven’t read this book yet, you need to stop reading this post and go find it. Seriously. This book is storytime gold! All the grins and giggles!

After reading the story, we read the facts about piranhas included in the endpapers and learned that piranhas are freshwater fish. So we wouldn’t find them in the ocean. Phew! Who could we find if we took a trip to the beach this summer and snorkled in salty seas? 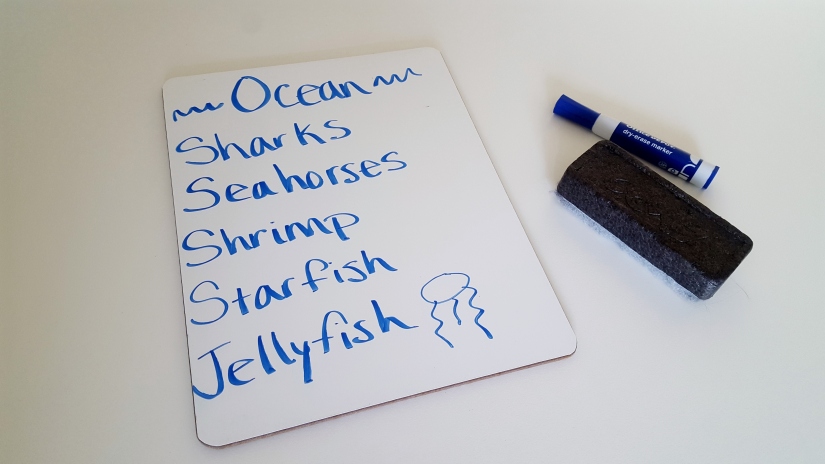 With the group’s assistance, I wrote a list of all the ocean animals they could think of, ending with jellyfish. Which brings us to another eternally popular classic camp song…

Sing: Do the Jellyfish

Phew! That was quite the workout. We took some deep wave breaths in and out to get settled before our next story.

The teachers and kiddos voted between reading Misunderstood Shark and I’m a Shark. After a quick game of rock paper scissors to settle the tie, we laughed and learned lots of interesting facts while reading about Bob the Jellyfish’s underwater TV show. The older kids and adults enjoyed this one immensely!

The ocean sounds wonderful and not dangerous at all, doesn’t it? Don’t you just want to hop onto a rowboat and set out to the glorious sea?

I took advantage of my privileges as captain and laid down for a nice nap… and can you believe it?! My crew all took a nap, too! Not one of the scallywags stayed awake to navigate, not even my first mate, Tanya. As a result, we were blown disastrously off course. We ended up…

At that point I decided we’d better abandon ship and all swim for shore!

This super fun song worked out EVEN BETTER than usual because the classroom had a world map on the wall, which inspired many of our maritime adventures:

Once again we voted between books and I’m a Shark beat The Three Little Fish and the Big Bad Shark. This book makes such a great buddy read if you’ve got a partner. Which I’m super lucky I did, because I was starting to lose my voice after all that commanding at sea!

After our last story, the kids had a few minutes to explore the other ocean books I’d brought with me and the materials we sorted earlier.

What a day! I couldn’t decide beforehand if I wanted to bring along fractured fairy tales (because You Don’t Want a Unicorn by Ame Dyckman) or books with ocean adventures (because Misunderstood Shark by Ame Dyckman). The moral of this dilemma is that all good school-age storytimes involve Ame Dyckman. 🙂

What are your favorite books to read with school-agers? Tried and true storytime songs with the big kids? I’d love if you shared your tips and tricks in the comments below!

Published by Jessica @ Storytime in the Stacks

View all posts by Jessica @ Storytime in the Stacks

Join 1,695 other followers
Follow Storytime in the Stacks on WordPress.com