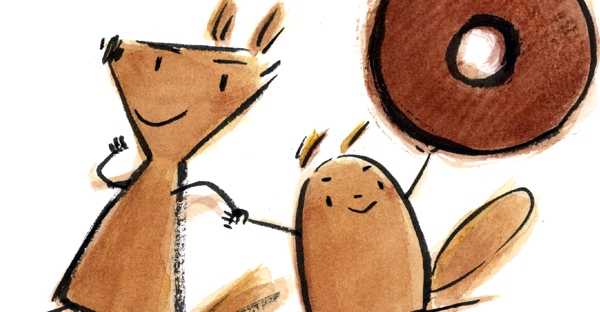 Welcome back for Part Two of my 2020 Reading Year in Review! Today’s installment is all about WHO – who appeared in the stories I read, and who wrote those stories? Who were my favorite characters? Which debut authors did I adore? And more!

Who Did I Read About?

Diverse books accounted for more than half of my reading life in 2020, up from 41% in 2019. I follow the WNDB definition of diversity and tag books that contain diverse experiences of LGBTQIA, Native, people of color, gender diversity, people with disabilities, and ethnic, cultural, and religious minorities. These experiences must be centered as either the subject of a nonfiction work or a POV character in a work of fiction for me to tag them.

Yadriel, determined to prove to his traditional Latinx family that he really is a brujo, accidentally summons the wrong ghost… a sassy ghost named Julian. A sassy ghost with a sexy smile. The longer Yadriel spends with Julian, the less he wants to let him leave. This book is full of magic, mystery and romance!

Featured in Donut Feed the Squirrels by Mika Song

After a burned breakfast, best friends Norma and Belly discover something even better than pancakes: donuts! With the help of a few accomplices, they target a local food truck and pull off the greatest heist in squirrel history. Funny, cute and quirky – this graphic novel is my new favorite recommendation for young readers! Perfect read alike for your Narwhal & Jelly or Elephant & Piggie fans.

Featured in Show Me a Sign by Ann Clare LeZotte

Set in the thriving Deaf community of early 19th century Martha’s Vineyard, Show Me a Sign follows the story of young Mary Lambert. Mary’s family is still struggling with her older brother’s death when a stranger arrives at the island – a scientist who will stop at nothing (not even kidnapping) to discover the cause of the island’s prevalent deafness. This twisted scientist is seriously evil – I hope he doesn’t make a reappearance in the forthcoming sequel! In an interview with We Need Diverse Books, author Ann Clare LeZotte talks about how “Villain Andrew Noble represents the medical model of disability—with its diagnoses and cures. The social model centers social structures as the problem, which is evident in the book. But there is a third model with deafness—the cultural model. Within this model, Deaf people see themselves as a linguistic and cultural minority.”

Maritza is Yadriel’s ride-or-die, vegan bruja cousin and best friend. She is one of the few family members who accepts Yadriel, and she’s pretty fierce in her protectiveness! Also, her dogs are adorable. Supportive family members (especially parents) are so RARE in MG/YA fiction, so I really appreciate when an author includes these positive relationships!

Bear is a guide dog who would do anything for his owner Patrick. When Bear suddenly loses his vision, he embarks on an epic quest from the forest to the city to regain his sight so he can protect his best friend.

Meet Mia Tang – entrepreneur, motel manager, aspiring writer. Did I mention she’s only ten years old?! Things are not working out as Mia’s family expected when they moved to America. Her highly educated immigrant parents find themselves stuck with low-paying jobs. When they get an offer to manage a motel and live there for free, it sounds too good to be true – and it is. Mr. Yao, the owner, is constantly changing the contract and charging her parents for anything that goes wrong. If he ever discovered her parents have been hiding fellow immigrants for free…

Mia has grand plans to get off what her friend Lupe calls the poor people roller coaster. With the power of her pencil, she rights some BIG wrongs, solves a serious crime and challenges fate.

Featured in Endling: The Last by Katherine Applegate

Byx believes she’s an endling – the last of her kind. Truth-telling dairnes have been hunted to near extinction. But then Byx hears a rumor that maybe, just maybe, more dairnes live to the north. And what would an epic quest be without sidekicks? Tobble, a small and gentle wobbyk, takes Byx’s side as a fiercely loyal companion. As they say, big things come in small packages. Although tiny, Tobble can can be quite fierce when the occasion calls for it! I’ve loved watching their friendship evolve as the series progresses.

Featured in The Girl and the Ghost by Hanna Alkaf

Pink is a pelesit – a familiar spirit from Malay folklore who is often said to take the form of a grasshopper or a cricket. When his dying master uses her last breath to send him to Suraya, her young granddaughter, the angry spirit finds himself becoming unexpectedly attached. As Suraya gets older and makes new friends, Pink struggles with dark jealous feelings that threaten to destroy them both. I was NOT expecting that plot twist at the end! Everything about this book is just so heartbreakingly beautiful – the prose, the plot, the relationships between the characters.

Who Wrote Those Stories?

Now that we’ve met the cast of characters… let’s explore more about the creators! The 300 books I read were penned by 199 unique authors.

Ugh. Ableism, thy name is publishing!

Where in the world were these authors writing from? 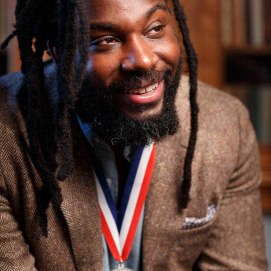 Guess which series I read based on my most-read authors? 🙂

Adding these amazing new authors to my automatic read list!

How was your 2020 reading year? How’s your 2021 going so far with books? Would love to learn more and get great book recs in the comments below!

Stay tuned for Part Three… the finale of my 2020 Reading Year!

Published by Jessica @ Storytime in the Stacks

View all posts by Jessica @ Storytime in the Stacks